After what seems like years, the FAA on Sunday finally released its long-awaited proposal for using small commercial drones, setting up a plan for UAS to share the sky with other passenger aircraft.

Under the new UAS rules, the FAA will allow drones weighing less than 55 pounds to fly within sight of their remote pilots during the daytime hours. With this restriction, the drone must stay below 500 ft in the air and fly at 100mph or less 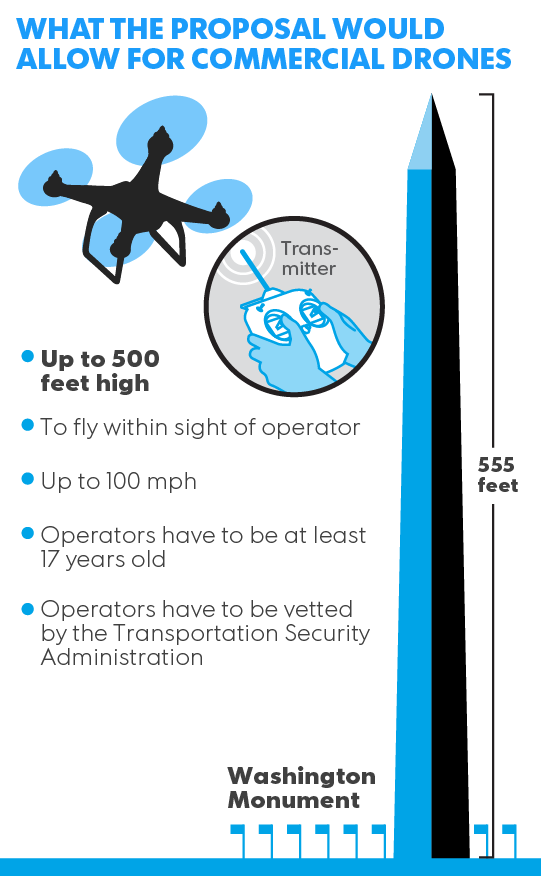 The new rules also state the people approved for flying drones would have to be at least 17 years old, pass some sort of aviation test as well as be vetted by the TSA thoroughly. The FAA however did say that in order to get the certificate, pilots would not be required to undertake flight hours or the medical ratings that are required for a private pilot’s license.

“We have tried to be flexible in writing these rules,” FAA Administrator Michael Huerta said. “We want to maintain today’s outstanding level of aviation safety without placing an undue regulatory burden on an emerging industry.”

With the new rules proposed, the FAA has asked for 60 days of public comment on its proposal, but industry experts expect much longer for the rules to be completed.

To read the new proposed rules, visit the FAA website.

I guess we will just have to wait… How do you feel about these new drone rules? leave your thoughts in the comments.