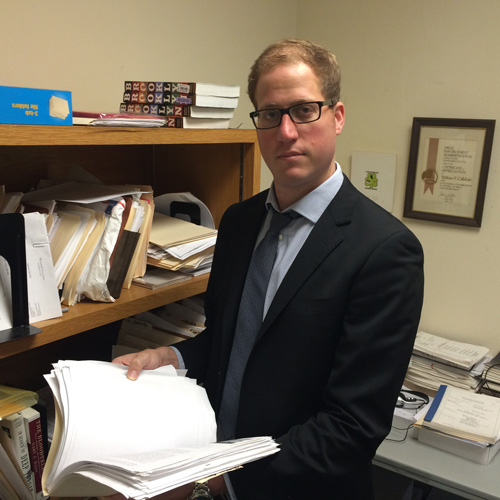 Mr. Robinson graduated with honors from the University of Florida and received a law degree from the University’s Levin College of Law. There he achieved an accommodation for Appellate Advocacy. As a practicing attorney, Mr. Robinson is noted for his defense of clients against criminal accusations and his in-depth hands on commitment to the emerging unmanned aircraft systems (UAS) industry.

Mr. Robinson has a passion for defense issues whether in the criminal courts or assisting clients on violations connected to unmanned aerial vehicle flights, especially when there is a sense of injustice or where he can provide help to any person. Prior to becoming a Partner with Callahan & Robinson, PC, Mr. Robinson worked for the Law Office of William P. Callahan.

For the past year, Mr. Robinson has been working with a client, Southgate Films, in their Brooklyn NY flight laboratory assisting the engineering staff on marrying drone technology with filming techniques. The work included preparation of flight manuals, UAS safety issues and laboratory testing of weight capabilities of different commercial sized eight-bladed octocopters and their camera equipment carrying capabilities.

Mr. Robinson firmly believes even small criminal matters are deserving of Callahan & Robinson, PC’s full legal array of defensive strategies, including providing defense for the over one million traffic related violations, citations and arrests occurring yearly in the New York City and greater New York area. Mr. Robinson has attended multiple hearings at the traffic violations bureau (TVB) in addition to local courts and is ready to fight for your rights.